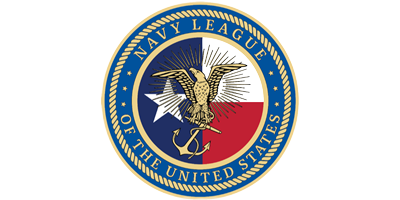 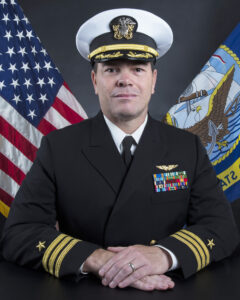 Commander Rick “Tricky” Dorsey is a native of Miami, FL, and enlisted in May 2001 through Navy Recruiting District Miami after six years as a newspaper sports reporter. He promoted to Petty Officer second class in three years as an aviation electronics technician and completed his Bachelor of Science in journalism from Northwestern University and Excelsior College in 2002. He was commissioned through Officer Candidate School in November 2004. He is a 2016 graduate of the Naval War College’s Command and Staff College, where he earned a Masters in National Security and Strategic Studies and completed Joint Professional Military Education Phase I.

He earned his Naval Flight Officer wings in 2006 and trained in the P3-C Pelican. He joined the “Tridents” of Patrol Squadron 26 in Brunswick, Maine in 2007 where he served as an aircraft navigator, tactical officer, and mission commander during deployments to the Qatar, Djibouti, Irag, and Italy in support of Operations Iraqi and Enduring Freedom.

His first shore duty took him to the Chief of Naval Operations staff, where he worked as an action officer in the global force management branch (N312). During his stint at the Pentagon, he volunteered for an individual augmentation with Special Operations Command Central (SOCCENT) at Al-Udeid Air Force Base, Qatar. He returned from his eight-month IA and was hired as the flag aide to the Deputy Chief of Naval Operations for Operations, Plans, and Strategy (N3/N5). In that role, he served as a flag aide for three Vice Admirals.

Upon completion of his department head tour, he arrived at Navy Personnel Command, Millington, Tenn., in November 2018 and served as shore station and acquisitions placement Officer (PERS 444F). He then spent a year as an executive assistant to the assistant commander for career management (PERS-4). He was selected for lateral transfer into the human resources community in September 2020. His current assignment is as an executive officer at Navy Talent Acquisition Group Red River in Dallas, Texas.

The REGISTER ticket sales has ended!