RADM Woody Beal will take us on a quick trip around the world touching on Russia, China and the Middle East.  He’ll touch on COVID as well as maritime and national security issues.
Time for questions at the end.  You won’t want to miss this one.RADM Doug “Woody” Beal USN (Ret) 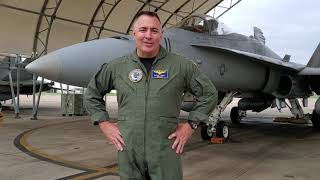 Affiliating with the reserve component in 1999, he continued flying the F/A-18 with the Hunters of Strike Fighter Squadron (VFA) 201. In 2002 he deployed with the Hunters aboard USS Theodore Roosevelt (CVN 71) for the squadron’s historic combat cruise, supporting the initial phase of Operation Iraqi Freedom.