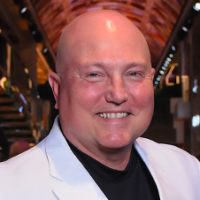 Changing Methods of War in the Modern Age

The National Defense Briefing Series is a program of quarterly discussions on issues and areas of the world where US vital national interests are at stake in the 21st Century. The series is jointly sponsored by the Dallas Chapters of the Navy League, the Air and Space Forces Association, the Military Order of the World Wars, the Jewish War Veterans and the Association of the US Army. All discussions are conducted under a non-attribution policy to encourage candid and open discussion. In addition to providing an opportunity to hear and interact with national security experts, the series helps raise funds to support the charitable work of these organizations.

Important News: Reflecting the progress we’ve made over the past year–and with input from our audience– we’ve made several significant changes that will help us provide better programs and stay focused on mission accomplishment.

First, we’ve incorporated as a Texas non-profit corporation — NDBS, Inc.–and have applied for 501(c)3 tax exempt status, which means that your contributions may be non-taxable (but check with your tax preparer!).

Second, we just went live with our website, www.ndbsinc.org. We’re still in the process of fully populating it, but right now it’s functional and you can see our upcoming programs, view archives of past programs, and most importantly register online for our next program. We’re working to make the registration process easy and convenient, including the option to register for a table for your company or group.

Third, we’re switching to a dinner format vs the previous hors d’oeuvres service to provide better value and ensure even coverage. Sign-in will start at 5pm and the programs will conclude by 7pm. When you register you’ll be able to make a meal selection which will normally include beef, chicken, fish or a vegetarian entree.

Finally, we’re exploring implementation of a membership model to allow you to sign up for a season’s worth of great programs and show support for the work of NDBS. It’s too soon to know if this will be a workable concept, so stay tuned for more.

We’re proud to announce a new Fleet Admiral Chester W. Nimitz Sponsor. Rover Petroleum joins the Credit Union of Texas as a top-level sponsor and you’ll be hearing more about both these great companies.

Changing Methods of War in the Modern Age 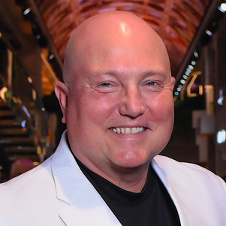 In the wake of our stunning success in Desert Storm and the collapse of the Soviet Union in 1991, the decade of the 90s seemed to be the beginning of America’s reign as the world’s sole super-power, with no rival in sight. The attacks of September 11, 2001, however, focused the US for 20 years on a different kind of warfare, and when we pulled our last forces from Afghanistan in 2021 we found that the world had changed. Our traditional and aspiring adversaries had spent those 20 years studying the things that had made the American military the best in the world and developing strategies and programs to defeat—or at least deter–it.

Unfortunately, the U.S. military’s record of predicting the future of warfare is notoriously poor. Robert Gates, former U.S. Secretary of Defense, famously quipped, “When it comes to predicting the nature and location of our next military engagements, since Vietnam, our record has been perfect: we have never once gotten it right, from the Mayaguez to Grenada, Panama, Somalia, the Balkans, Haiti, Kuwait, Iraq, and more—we had no idea a year before any of these missions that we would be so engaged.” And yet, for better or worse, the U.S. military is deeply invested in the forecasting business because the services need to start building today what will be needed one or even two decades from now.
Our speaker is uniquely qualified to address these issues. Colonel (USA, Ret) John Antal has 30 years of experience as an Armor and Cavalry officer and has written and lectured extensively on the changing nature of warfare. John has served on the US Army Science Board and has conducted an extensive, independent effort to update US military leaders on the lessons from recent military conflicts and the changing methods of warfare. He’s the author of 16 books and hundreds of articles about leadership. history and war. His most recent book is 7 Seconds to Die: A Military Analysis of the Second Nagorno-Karabakh War and the Future of Warfighting. and he’ll be available to sell signed copies.

We’ll have a robust Q&A session as part of the discussion, but if you have questions you’d like to submit in advance you can email them to ndbs.questions@gmail.com and we’ll pass them on to our speaker. You can also use this email during the discussion to send questions for the Q&A session.

Last season’s programs were nearly sold out and we anticipate this one will be completely sold out, so sign up now! Event tickets include the briefing and discussion, with a plated dinner and cash bar. Space is limited, so don’t delay signing up, and please consider the event Sponsor opportunities, which are a great way to reserve your spot at the table and show your support for these organizations and their charitable work.

If you have any problems registering, please contact Barry Brown at 972-890-3541

Named Sponsorships are a great way to support our veterans organizations and be part of a substantive and informative series. Depending on the level, Sponsorships will include publicity on all advertising and recognition at our events; reserved tables with table signs identifying you or your organization; custom “NDBS Sponsor” polo shirts; and shooting clinics at the Dallas Gun Club, the premier shooting facility in the DFW area. The clinics are conducted by NRA-certified instructor Robert Epstein and can be customized to your interest and experience level.
For more information on the program, contact Barry Brown at 972-890-3541. To discuss sponsor opportunities, contact Bob Epstein at 214-406-9812 or Ted Puchacz at 972-523-5986

All gun clinics include shooting fees, ammunition, weapons, protective equipment and instruction.
All sponsorships include recognition at all events and in publicity