The National Defense Security Briefing Series is a program of quarterly discussions on issues and areas of the world where US vital national interests are at stake in the 21st Century.  The series is jointly sponsored by the Dallas Chapters of the Navy League, the Air Force Association, the Military Order of the World Wars, the Jewish War Veterans and the Association of the US Army.  All discussions are conducted under a non-attribution policy to encourage a candid and open discussion.  In addition to providing an opportunity to hear and interact with national security experts, the series will help raise funds to support the charitable work of these organizations.

Our first season of briefings and discussions covered the areas of the world where U.S. national interests are on the line every day.  The last in our series of briefings will be an Evening Dinner on Sunday, March 13, 2022.  The doors open at 5:00 pm and the program starts at 5:30.  Whether or not you’ve attended any of the three previous discussions, you won’t want to miss this one.  Our speaker is Major General Charles Aris, Commanding General, 36th Infantry Division, Texas Army National Guard, who will provide a wrap-up of our global issues discussions and set the scene for a special programhonoring Mr. Scott Murray. Scott has contributed an enormous amount of time, energy and money to DFW-area veterans causes and he will be presented with the inaugural Congressman Sam Johnson Defender of Freedom Award.  Helping us honor Scott will be Cowboys legend and Hall of Fame Member, “Mr Cowboy“, Bob Lilly.

Congressman Sam Johnson Defender of Freedom Award 2021The Sam Johnson Defender of Freedom Award is presented annually to a community leader who has demonstrated a lifetime of dedication and service to our nation and Texas, following the example set by Congressman Sam Johnson. We’re proud to announce Scott Murray as the first recipient.  Scott is well known to many, both nationally and in the DFW-area, for his lifetime of achievement across a spectrum of professional, charitable, and civic activities.   In addition to his career as a multi-EMMY Award-winning television sports anchor and broadcast journalist, Scott has served on the boards of scores of children’s, civic, charitable, non-profit, and professional organizations.  His particular passions are children, medicine, military/veterans, and law enforcement causes, and he’s contributed countless hours as the advisor, emcee, host and keynote speaker for such activities and groups as the Dallas Veterans Day Parade, the Dallas Military Ball, Tribute to Valor, the Medal of Honor Foundation, the Commemorative Air Force, the Navy League, Navy SEAL Foundation, the Military Order of the World Wars, the National Defense Briefing Series, and many others.  As Chairman/CEO of Murray Media, Scott and his son, Doug, have produced EMMY-award winning documentaries commemorating the 70th anniversary of the Normandy invasion and the 75th anniversary of the attack on Pearl Harbor. You can get a sense of more of his accomplishments here, but this only scratches the surface. Scott’s extraordinary life and career truly demonstrate the qualities of patriotism, dedication and service shown by Congressman Johnson.  Please come out on March 13th and help us, along with members of the Johnson family, honor and recognize Scott for his contributions to our community and our nation that make him the worthy recipient of the inaugural Sam Johnson Defender of Freedom Award.

Congressman Sam Johnson Defender of Freedom AwardThis prestigious recognition is awarded annually to a community leader who has demonstrated a record of dedication and service, following the example set by Congressman (Colonel, USAF) Sam Johnson, who served his country for nearly 60 years as a military officer and US Congressman, including seven years as a Prisoner of War in Vietnam.  The awardee will have exhibited long-standing, consistent, dedicated support to our nation and those who defend it, particularly to causes and organizations which stand for the American values of patriotism, leadership, and selfless service.

The recipient will have demonstrated the qualities of personal sacrifice, initiative, and courage to defend our nation and to directly support those who “stand in the gap” for our collective security and peace.

The individual recognized and set apart for this award will have shown a keen understanding that freedom is not free.  He or she may not be a veteran of our armed services but will have taken that one step forward to ensure that the freedoms we enjoy, continue to endure.Congressman Sam Johnson represented Texas’ 3rd Congressional District for 28 years and was a great supporter of our military and our veterans.  In his 29-year Air Force career, he served in the Korean War, where he scored a MiG kill, and later flew with the Thunderbirds.  Returning to combat in Vietnam, on his 25th mission on April 16, 1966, he was shot down and spent nearly seven years as a Prisoner of War.  He was one of the leaders of the group of POWs in the Hanoi Hilton and instrumental in their defiance of the North Vietnamese despite torture, starvation and deprivation.After his service in Vietnam, Johnson returned to Texas, where he served in the Texas House of Representatives from 1985 to 1991.  He was elected to Congress in 1991 and served there until 2019. 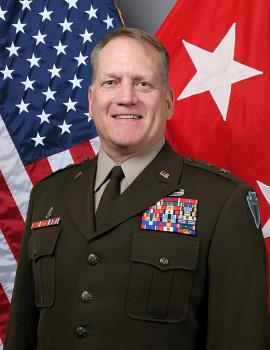 We’re honored to have General Charles Aris as our speaker for this final event in our first season.  General Aris assumed command of the 36th Infantry Division on 4 October 2021.  General Aris has served in a variety of staff and command positions in the Texas Army National Guard, including three overseas assignments in Afghanistan, Iraq and Kosovo. He previously served as the Texas State Assistant Adjutant General.  In civilian life, he is a partner at Byrne, Cardenas & Aris, LLP, a Dallas law firm specializing in litigation and business transaction law.  General Aris attended Texas A&M University and South Texas College of Law. 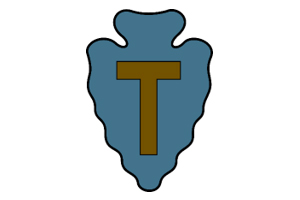 The 36th Infantry Division was created in 1917 and first saw combat in World War I.   During World War II its amphibious assault at Salerno, Italy made it the first American division to land on the continent of Europe. After bloody battles to take San Pietro and cross the Rapido River, the 36th led the breakout from Anzio and became the first Allied unit to pass through Rome. The division helped spearhead the invasion of Southern France and fought its way through the Siegfried Line into Germany and Austria. Throughout the Cold War, the 36th played a key role in the defeat of the communist threat and later conducted  Peace Keeping Missions in the Balkans. Today, the 36th Infantry Division conducts training and mobilization readiness to provide ready and responsive forces that can deploy to theaters of operations and conduct unified land operations in joint and coalition environments in support of a geographical combatant commander.

The first three events were nearly sold out and we anticipate this one will be completely sold out, so sign up now!  The link below will take you to the registration page on the  Dallas Navy League, which has graciously volunteered to handle registration and payment. Event tickets include the briefing and dinner with a cash bar, and a post-event social. Space will be at a premium, so don’t delay signing up, and please consider the event Patron and Sponsor opportunities, which are a great way to reserve your spot at the table and show your support for these organizations and their charitable work.

Event Patron – $1,500 – Banner and Recognition on Sponsor Slide, Table for eight with Table Sign, Name or logo on all publicity

For information about the event, sponsorship or registration, please contact:

Defensive Shotgun Clinic for TwoAll gun clinics include shooing fees, ammunition, weapons, protective equipment and instruction.
All sponsorships include recognition at all events and in publicity.

Season One Sponsors and Patrons 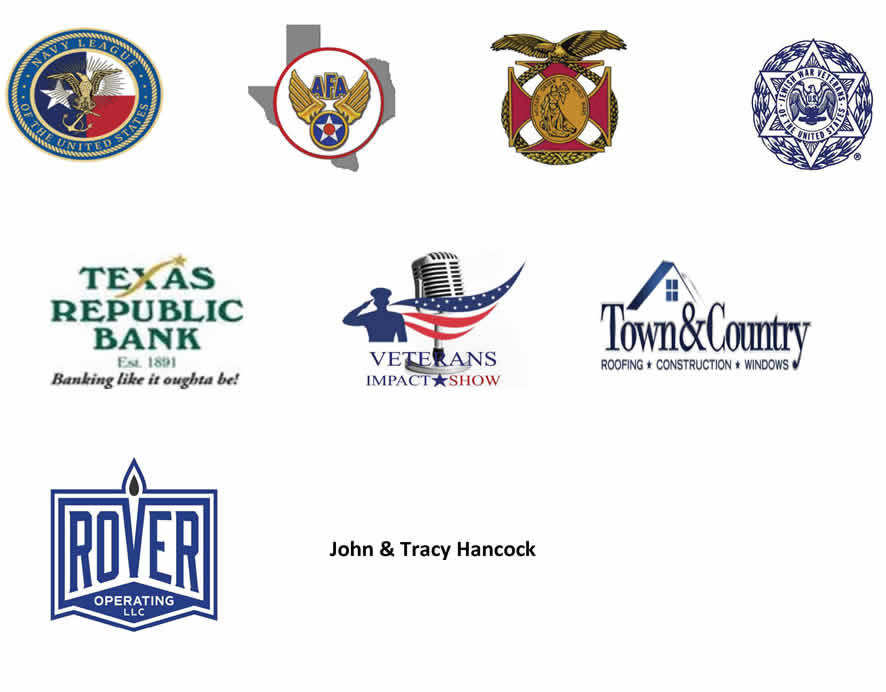